‘They Really Helped Him Through His Worst Days’ 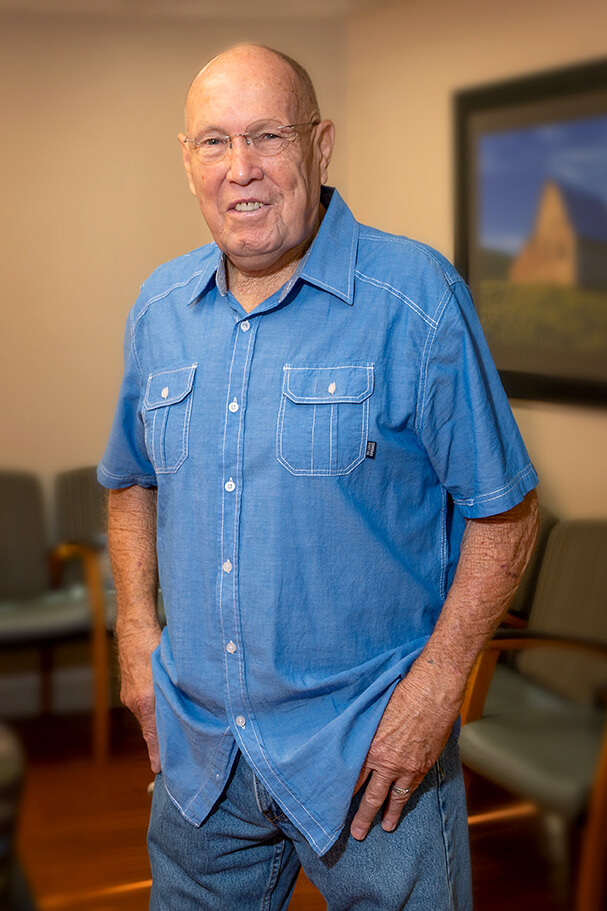 During the difficult days of treatment for stage 4 esophageal cancer, Leon Spain found hope close by: from his nurses at St. Mary’s Regional Medical Center. “Everybody at the Cancer Center at St. Mary’s treated me like I was someone they cared about,” Leon says.

Head and neck cancer treatments can be extremely difficult. One thing that really helped, Leon says, was having the nurses tell him to alert them when he couldn’t take it anymore. It reassured him to know he had some control of the situation. Other people who helped lift his spirits during this time included a local women’s group that made a quilt with his name on it, and St. Mary’s speech therapist Alyssa, who was instrumental in helping him eat and drink after scar tissue developed as a result of radiation therapy.

Karen Spain recalls observing her husband’s mood transform from not wanting to talk or look at anyone back to his normal outgoing personality. “They really helped him through his worst days,” she says.

Now, nearly three years after his diagnosis, Leon is doing well. He returns to the Cancer Center every six months for checkups and says, “I’ve learned cancer isn’t a death sentence — it’s a life sentence, a life journey.”