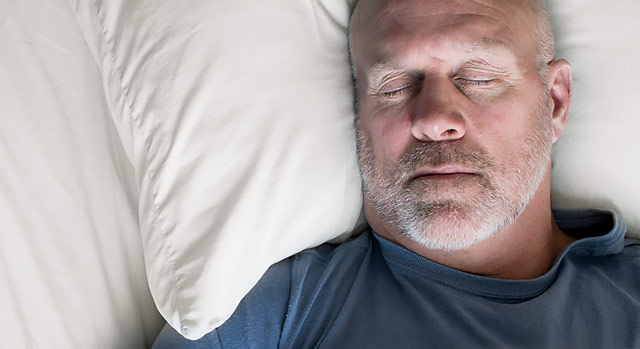 The US Centers for Disease Control and Prevention (CDC) considers sleep insufficiency a major public health problem. People nodding off while performing daily tasks has been linked to motor vehicle crashes, medical errors and industrial disasters. People who do not get sufficient sleep are more likely to suffer from chronic diseases such as high blood pressure (hypertension), diabetes, depression and obesity, as well as cancer, increased mortality, and reduced quality of life and productivity. Insomnia and obstructive sleep apnea are two major culprits, according to the CDC. Between 50 and 70 million US adults are believed to have a sleep or wakefulness disorder.

Physicians affiliated with the St. Mary's Regional Medical Center Sleep Disorders Center focus on diagnosing and treating sleep disorders, such as sleep apnea, insomnia, periodic limb movement disorder and other conditions. In many cases, after an initial consultation with St. Mary's sleep specialists, you will be asked to stay overnight at the sleep center to help physicians diagnose your condition and recommend a plan of treatment. During the overnight stay, clinicians monitor sleep patterns, heart rate, breathing, muscle movement, brain waves and oxygen levels.

One of the common conditions seen at the St. Mary's Regional Medical Center Sleep Disorders Center is sleep apnea. The National Sleep Foundation estimates that more than 18 million American adults have sleep apnea. Obstructive sleep apnea (OSA) is the most common form.

In obstructive sleep apnea, breathing is interrupted repeatedly during sleep; this occurs when the muscles in the back of the throat fail to keep the airway open during sleep. The word "apnea" refers to a pause in breathing that lasts at least 10 seconds. Sleep apnea is often accompanied by loud snoring, but not always. Usually, someone suspects they may have sleep apnea either because someone has told them about their snoring; because of daytime drowsiness; or because their bed partner has heard pauses in breathing during sleep that are often accompanied by gasps for breath.

Sleep apnea can be dangerous: a combination of disturbed sleep and lack of oxygen (from the airway repeatedly closing throughout sleep) may lead to high blood pressure, heart disease, memory and mood problems. Sleep apnea has also been implicated in many cases of people nodding off and getting into accidents while driving or managing critical tasks.

Risk factors for sleep apnea include being over 40, having a large neck (17 inches or greater in a man and 16 inches or greater in a woman), being overweight (even slightly) or having African American, Pacific-Islander or Hispanic heritage, according to the National Sleep Foundation. There is thought to be a genetic component to sleep apnea, as it runs in some families. Smoking and alcohol use also raise the risk of developing obstructive sleep apnea.

If you are diagnosed with obstructive sleep apnea, your doctor will usually recommend the use of a continuous positive airway pressure device ( CPAP).  CPAP is a mask that is worn during sleep; it fits over the mouth or nose only and blows a gentle, steady stream of air into the airway to help keep it open during sleep. This method of treatment is considered highly effective. Other treatments include dental appliances or surgery. In all cases, doctors will also recommend weight loss if you are overweight, even by a few pounds.

Insomnia (difficulty getting to sleep or staying asleep) may have numerous causes; there is often no one reason for insomnia. It may be caused by psychiatric conditions, medical conditions, unhealthy sleep habits, ingested substances (caffeine, alcohol, nicotine, medications), biological factors or some combination of these. Medications, such as those for colds and allergies, asthma, hypertension, heart disease, thyroid disease or depression are well known for contributing to sleep difficulties.

St. Mary's Regional Medical Center sleep specialists will work with you on identifying potential culprits for your sleep problems once medical conditions are ruled out. Both non-medical and medical treatments will be explored. Among the therapies they may explore with you are: psychological and behavioral techniques such as relaxation training, sleep scheduling and cognitive behavioral therapy, a type of talk therapy. Over-the-counter and prescription medications are also options that will be discussed with you.

Periodic limb movement disorder is a condition causing an uncontrollable urge to move your limbs while asleep. Since the sensation typically occurs in the nighttime hours, rest can be negatively affected. Treatment may include changes to daily activities. However, more severe cases may require medication.

To find a sleep specialist who is affiliated with the St. Mary's Regional Medical Center Sleep Disorders Center, call 580-249-5870.