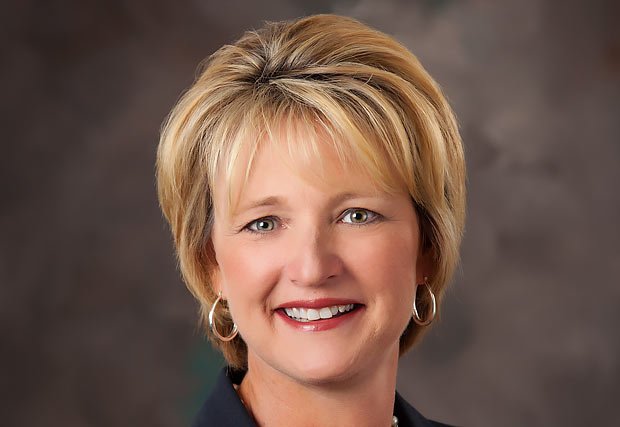 St. Mary’s Regional Medical Center Board of Governors announced today that Krista Roberts has been named as Chief Executive Officer (CEO). Roberts has served as the Chief Operating Officer (COO) at St. Mary’s, and succeeds Stan Tatum, who is retiring from St. Mary’s after having served as CEO since 2010.

“On behalf of the Board, I would like to thank Stan for his many years of service at the helm of St. Mary’s. I am very pleased that his successor has been appointed from within St. Mary’s, with solid experience in operations, physician relations and business development,” says Joseph Knapik, MD, Chairman of the Board. “The Board is confident Krista’s track record, personality and vision will enable her to effectively lead the hospital as it continues to provide quality health care to the people of Northwest Oklahoma,” says Knapik.

Roberts is an active civic and community member, serving on the Enid Chamber of Commerce Board; Leadership Oklahoma Board; Cherokee Strip Community Foundation, and Autry Technology Center Foundation. She has also served on the United Way Board, Red Cross as well as others.  Roberts is a past recipient of the American College of Healthcare Executives Regent’s Award for Early Career Healthcare Executive.

An Oklahoma native, Roberts is married to Don Roberts and has a 14-year old daughter, Kelsey.