From the Boardroom to the Operating Room: A Humbling and Rewarding Experience 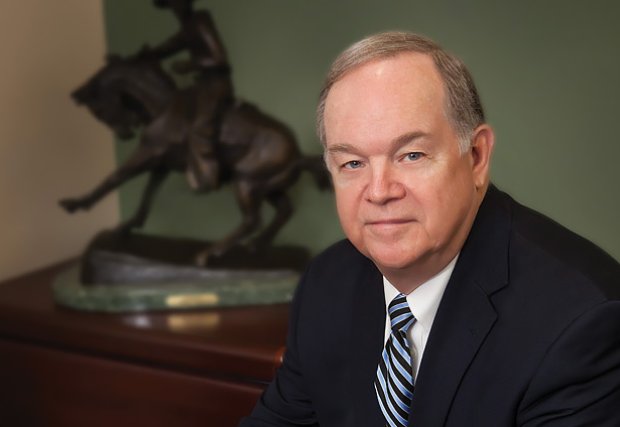 St. Mary’s Regional Medical Center CEO Stan Tatum has spent a lot of time over the years visiting with patients who had joint replacement surgery. Last March, it was his turn.

“I was having a lot of pain in my right knee, especially when I would twist it,” recalls Tatum, who enjoys playing golf and doing other activities. “It gradually got worse, and I started having trouble sleeping at night because of the pain,” he says.

His Orthopedic Surgeon, Edgar Fike, MD, took an X-ray and explained that he had bone-on-bone osteoarthritis, which happens when the cartilage or natural cushioning between the joints wears down.

Initially, he helped Tatum manage his condition with medication and fitted him with a knee brace that provided some relief. Eventually, the pain got worse and Tatum decided, along with Dr. Fike, that it was time to have joint replacement surgery.

“Many people ask about timing and when they should consider having joint replacement,” says Dr. Fike. “There’s a lot we can do for arthritis early on,” he says. “At some point, when you stop being able to do the things you enjoy, it’s time to start thinking about joint replacement.”

“Obviously, I’m employed by St. Mary’s, so I’m biased, but I also looked at the history of what St. Mary’s has done — establishing a designated unit for hip and knee replacement in 2008,” says Tatum. “We have a standardized protocol and an isolated unit for just joint patients, which results in great outcomes and the low percentage of complications.” At the start of this year, St. Mary’s became the first in the state to receive The Joint Commission’s Gold Seal of Approval® for Advanced Certification for Total Hip and Total Knee Replacement after undergoing a rigorous onsite review. Some people think they have to travel to the “big city” to get the best care, but certification shows that the quality of care at St. Mary’s is “top-notch,” says Dr. Fike. “We’ve been doing this for a long time,” he says. “We’ve been working on it and perfecting it.”

Tatum remarked on how the pre-operative educational class at St. Mary’s helped prepare him for surgery and defined realistic timelines and expectations. It also taught him about adaptive equipment he would need after surgery, and how he would be up and walking, with assistance, the day of surgery.

The most rewarding part, he says, has been rehab. “They push you to do more than you think you can,” he notes. “While it hurts initially, I find that I have my greatest flexibility and mobility immediately after my therapy session.” He adds that being in therapy with others creates a motivating environment and brings out his competitive nature, which helps him push himself.

“I have seen a lot of patients in our Joint Replacement Institute,” says Tatum, of his time spent over the years at St. Mary’s. “Everyone wants to show you their scar or how far they walked today. I have a new appreciation for what they have been telling me,” he says. “I am in awe about how some of these people in their upper 70s and 80s can rebound from this surgery.” When he thinks about this accomplishment as a patient now himself, it’s humbling, he says.

Setting the Standard for Joint Replacement

If you are suffering from chronic knee or hip pain, talk to your doctor to see if joint replacement may be an option for you.