Are Your Breasts Dense?

The Importance of Breast Density

The Four Levels of Breast Density 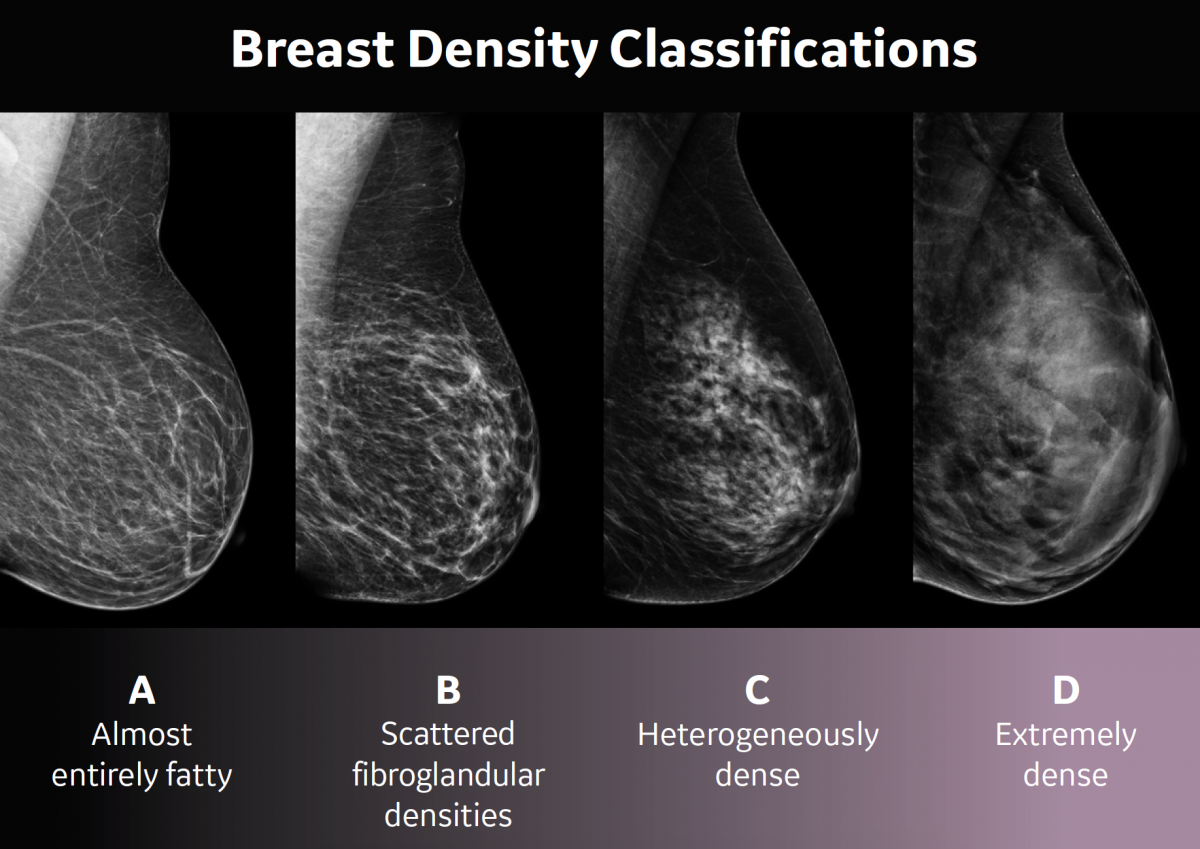 The St. Mary's Women's Imaging Center also uses the VolparaDensity solution to help physicians confirm the density of your breasts and recommend if you would benefit from supplemental screening such as ultrasound. The solution provides:

The radiologists who interpret your mammograms will let you know your breast density along with the results of your mammogram because it impacts your risk of breast cancer.

Call 580-249-3770 to make an appointment with the Women's Imaging Center or to learn more about our services.

What is breast density and how does it impact my risk for cancer?

Breast Density is a measure of the amount of breast tissue a woman has. The more tissue, the greater the density and the higher the risk of breast cancer. However, in women with dense breast tissue, mammograms are not as effective in detecting the cancer. This is because both breast tissue and breast cancer will appear white on a mammogram and the lack of contrast makes identification of the cancer more difficult. 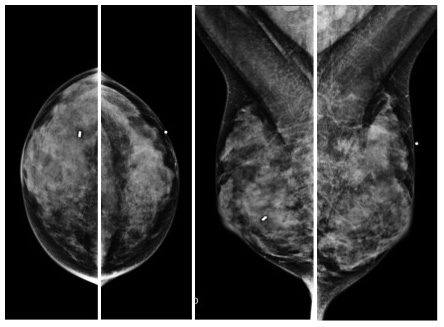 By comparison, below is an example of a breast cancer in a woman with non-dense breast tissue. The white tumor (circle) in the right breast is easily visible against the dark gray and black non-dense tissue.

The reason it is so important for women to be aware of their breast density is that there are other approaches, in addition to mammography, which can help detect breast cancers which would not be seen with mammography alone such as the Automated Breast Ultrasound System (ABUS), Breast Specific Gamma Imaging (BSGI) and Magnetic Resonance Imaging (MRI).

There were no results for your search.